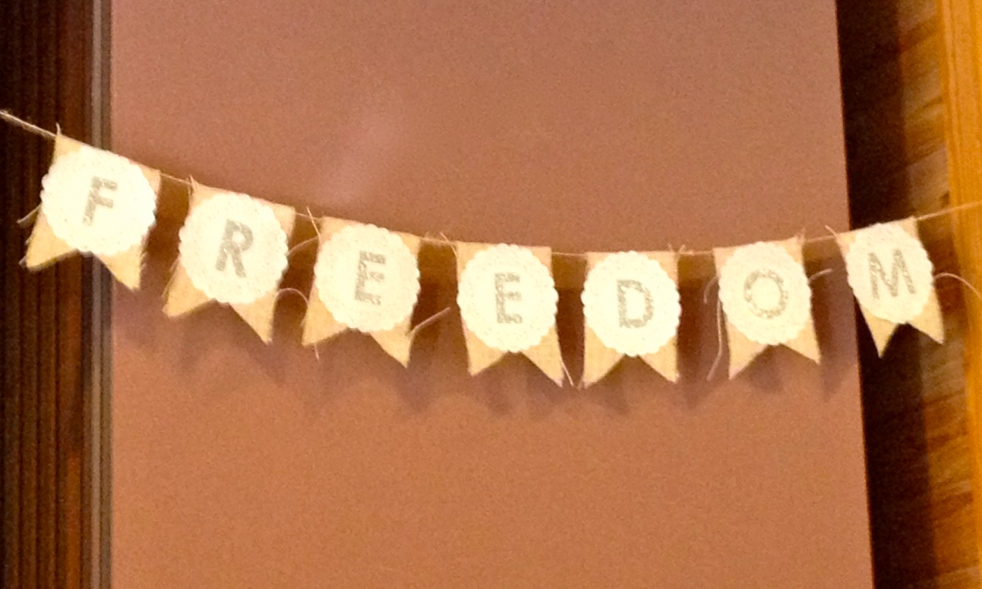 Last weekend, my church had a women’s retreat, and that first night was a little rough.  I had carpooled with friends, and the trip was good, though we were stuck in traffic for a while, we made it there. But because we’d arrived right when it started, we were all split up, sitting nowhere near one another. It was crowded, and I was now distracted by my thoughts of how my word count for NaNoWriMo (National Novel Writing Month) would be effected, so I wasn’t able to put all of my heart into the worship.  My mind was scattered in many directions, and to make it worse, they announced that the “hotel” that I signed up to stay in wasn’t quite a hotel, but it was “special.”  All of my complaints started to burst through my seams, but I held it together, and tried to listen to the first speaker, Tina Miranda.

It was on condemnation vs. conviction, and to be honest, I was not paying attention well.  The seats were cramped.  I was uncomfortable and squirmy.  My foot fell asleep, and all around I kept trying different sitting positions to try to improve my circulation. However, I did manage to focus on one thing, and part of it is because I was so distracted that I just started drawing a cartoon elephant that was in the powerpoint presentation. Tina told a story of how in India, baby elephants would be roped up tightly, and on finding that they could not escape, they accepted that they would never be able to escape. By the time they were adults, even though they were much stronger than the bonds that held them, they stayed captive.  It didn’t hit me until after the retreat was over, but I have accepted a lot of lies that have kept me in bondage since I was young, and I’m only now beginning to break free of them. We broke into small groups and it was loud and noisy. I could barely hear what anyone else was saying in my group above all the noise. And at that point, I was reluctant to say a lot because I didn’t know these women, and I didn’t know how much to share with them.

So then, the time comes for us to go to the cabins. Whoopee, I get to stay in the “special” cabin, which was farther off than any of the cabins or hotel rooms. Luckily, I had a few friends walk me to the “special” zone, or the Ranch House, as it was called at the camp site. And as I entered in, my insecurities began to well up inside of me.  The friends I had carpooled with, and all of the ladies in the community group I go to, were all staying in the cabins. Since I am an introverted extrovert, I signed up for the hotel, knowing I’d be surrounded by people all weekend.  While I do love being around people, I do not like a whole lot of noise when I’m trying to sleep.  You can ask my upstairs and downstairs neighbors, who have gotten visits from my more rational and understanding husband, asking them to quiet down because his wife would throw a fit if they didn’t. Anyway, back to the special zone.  The entry was decorated with a lot of weird paintings, like The Weenie Man.  There were others, but none as weird as this.  A little frightening, if you ask me.

There were three different rooms and the hallway to bunk in.  I chose the room in the back where all the bathrooms were.  I have a tiny bladder, so I knew I’d probably have to make frequent trips.   Another advantage was that there were only three beds, so there would be less people that would be noisy at night.  The downside was that if anyone else had to use the bathroom, they’d have to come in to do their business.

But the pros outweighed the cons, and there only ended up being two of us in the room.  Another awesome woman, Kiesha, who is a personal trainer, and I ended up falling asleep on the earlier side. While things were a bit noisier in the other rooms, with the bathroom fans on, it drowned out some of the talking and laughing.

In the morning, we both woke up and got ready.  I got all my things packed up into my book bag and my purse, and then I headed out, on my own.  I was feeling a little bit lonely at this point.  I hadn’t really gotten into any deep conversations with anyone. I really didn’t make any new friends, which made me feel bad about myself .

So I climb up onto this water slide that’s closed up, and I look at the view, and I am in wonder of God’s creation. I open my Bible App on my phone, and I open to wherever. It happens to be 1Thessalonians 5. I read and I pray and I begin to thank God instead of complaining and throwing a pity party for myself. After that, I headed to breakfast, and then headed over to the morning sessions.

The next three sessions kinda blasted me. Jamie Chapman spoke on Control and how the roots of it were Fear and Pride. She used Moses’s Song from Exodus 15:2 and the Lord’s Song from Zephaniah 3:17, and made us sing out loud. Little did I know that the woman who was leading my small group would be speaking next. Shiela Chopin was preaching about Complaint. I was so engaged in her bringing the word and keeping it real when she spoke about Moses and David dealing with the people’s constant complaints, that I actually forgot to take notes, which I now regret. Luckily she provided an outline. She spoke of walking in God’s Spirit, and “getting fat” in the word because if we are full of God’s word, then there is no room for complaint. And she left us with an awesome and powerful prayer.

After that, we broke into small groups. Our group went outside, and I was much more inclined to share, especially with the woman who had just blasted my heart with conviction about all of my complaining. I was so glad to get to know these ladies, and the discussion with them really blessed me.

After small groups, I was one hundred percent ready to receive the last session from Adele Douglin, and it was about Comparison. This is one of the areas that I struggle with A LOT. She gave examples in the Bible: Cain and Able, Leah and Rachel, Mary and Martha, and as a little sister with a “perfect” older sister, comparison has been following me around my whole life. When she talked about Antidotes to Comparison, I was hit strongly, and I’ll share them:

We finished out with worship and lunch afterwards, and I couldn’t believe the difference in my attitude form the night before to the afternoon. I left encouraged and excited about what God is going to be doing in my life. I know that becoming a diamond from a lump of coal isn’t going to be easy, but I know that in the end, all of the pressure and pain in this life is going to result in something beautiful.